In December 2018, virtual event solutions company Evia released a study suggesting that women make up less than 20 percent of tech jobs in the U.S., despite accounting for more than half of the country’s workforce.

According to the report, women “now hold a lower share of computer science jobs than they did in the 1980s — the tech industry has expanded, but opportunities for women have shrunk.”

RELATED: Study suggests girls’ reading skills may be contributing to the gender gap in math

There are several barriers that can prevent women from entering tech, and the women who do work in the industry may not be offered the same career-building opportunities that are given to male counterparts. 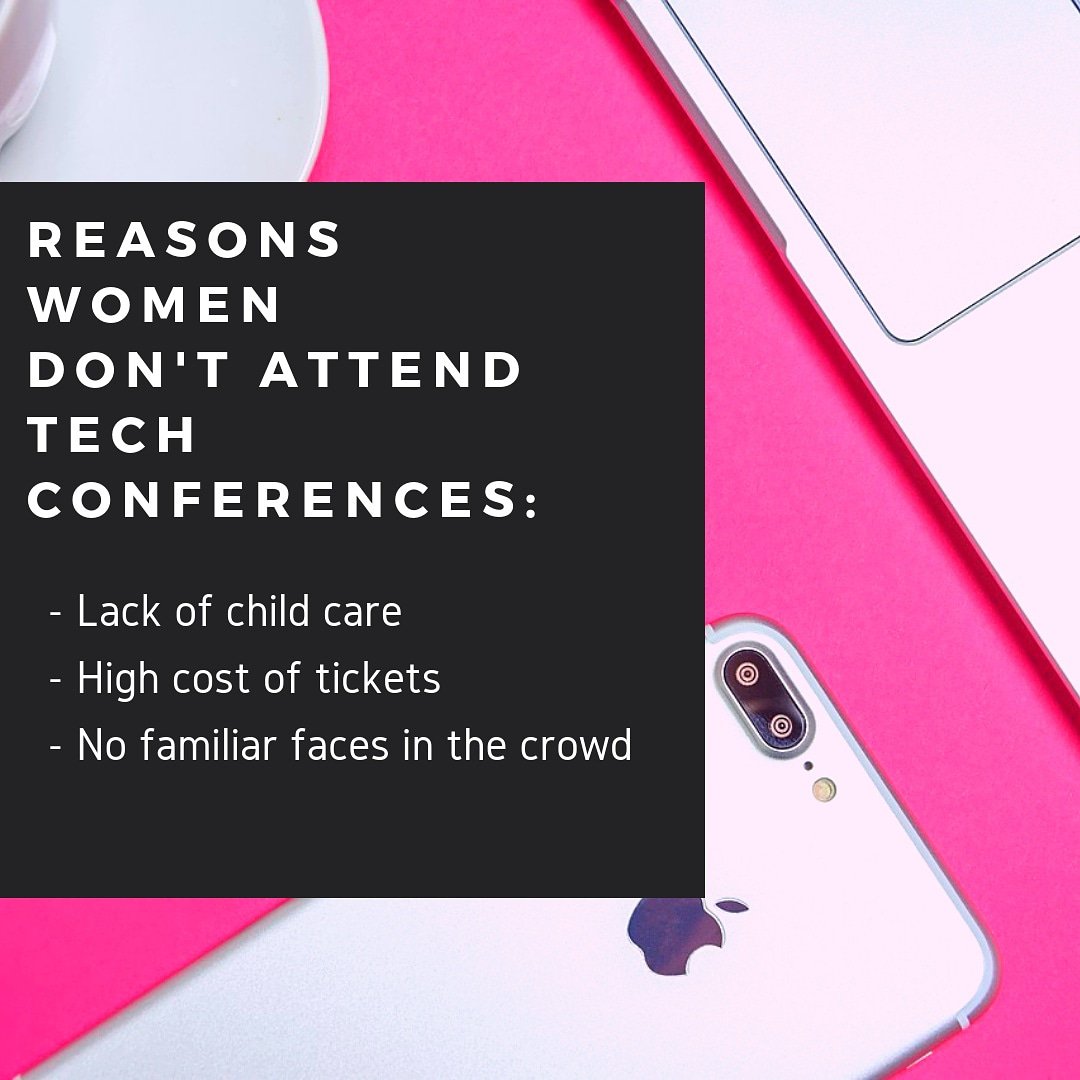 One important way to continue education and form new contacts is through conferences, but female attendance tends to be low, both from a keynote and a participant perspective.

That prompted computer programmer Indu Alagarsamy to start a discussion on Twitter about some of the obstacles some women face.

“If you’re a woman in tech, what are your obstacles in attending a tech conference? Company support? Taking time off? Family / child care responsibilities? Cost to attend? The ratio in tech conferences with respect to attendees is absolutely abysmal,” she tweeted.

Many women cited ticket cost (which they would be expected to cover out of pocket) or lack of child care as barriers.

But other women said they felt out of place at tech events, due to imposter syndrome or a lack of familiar faces in the crowd.

One male who identifies as a POC (person of colour) replied the lack of diversity can make him reluctant to go to events:

Others said they don’t feel encouraged to succeed.

This is an important issue, and there are no easy answers. Still, it’s heartening to see these discussions taking place online, because it often acts as the starting point for creating lasting change.

We welcome you to leave a comment about challenges you’ve faced trying to advance in the tech industry. If you prefer to follow the discussion on social media, head over to Indu’s Twitter page.

Growing number of women applying for tech jobs, even those without STEM degrees

Maybe Gen Z will lead the way to a neurodiverse workforce

Supporting diversity in STEM will encourage innovative research in Canada

New study suggests you need more than 10,000 hours of practice to become an expert