A University of Pittsburgh research team called the Pitt’s Broadening Equity in STEM Center (BE STEM) and the STEM Learning Ecosystem Community of Practice (SLECoP) have been awarded $10 million to increase the number of minority students pursuing STEM degrees at the post-secondary level.

The network of programs will target pre-college students, according to a statement from the University of Pittsburgh.

“Ultimately, this work will decrease the distance between STEM pre-college programs and college admissions offices and forge a new, more equitable pathway for racially and ethnically underrepresented students to access higher education in STEM,” Alison Slinskey Legg, principal investigator, co-director of Pitt’s BE STEM Center and director of outreach programs in the University’s Department of Biological Sciences in the Kenneth P. Dietrich School of Arts and Sciences, said in a statement.

The end goal, according to the University of Pittsburgh, is to “address gaps between underrepresented students that participate in STEM pre-college programs, study STEM-related majors in college and get related jobs after graduation.” 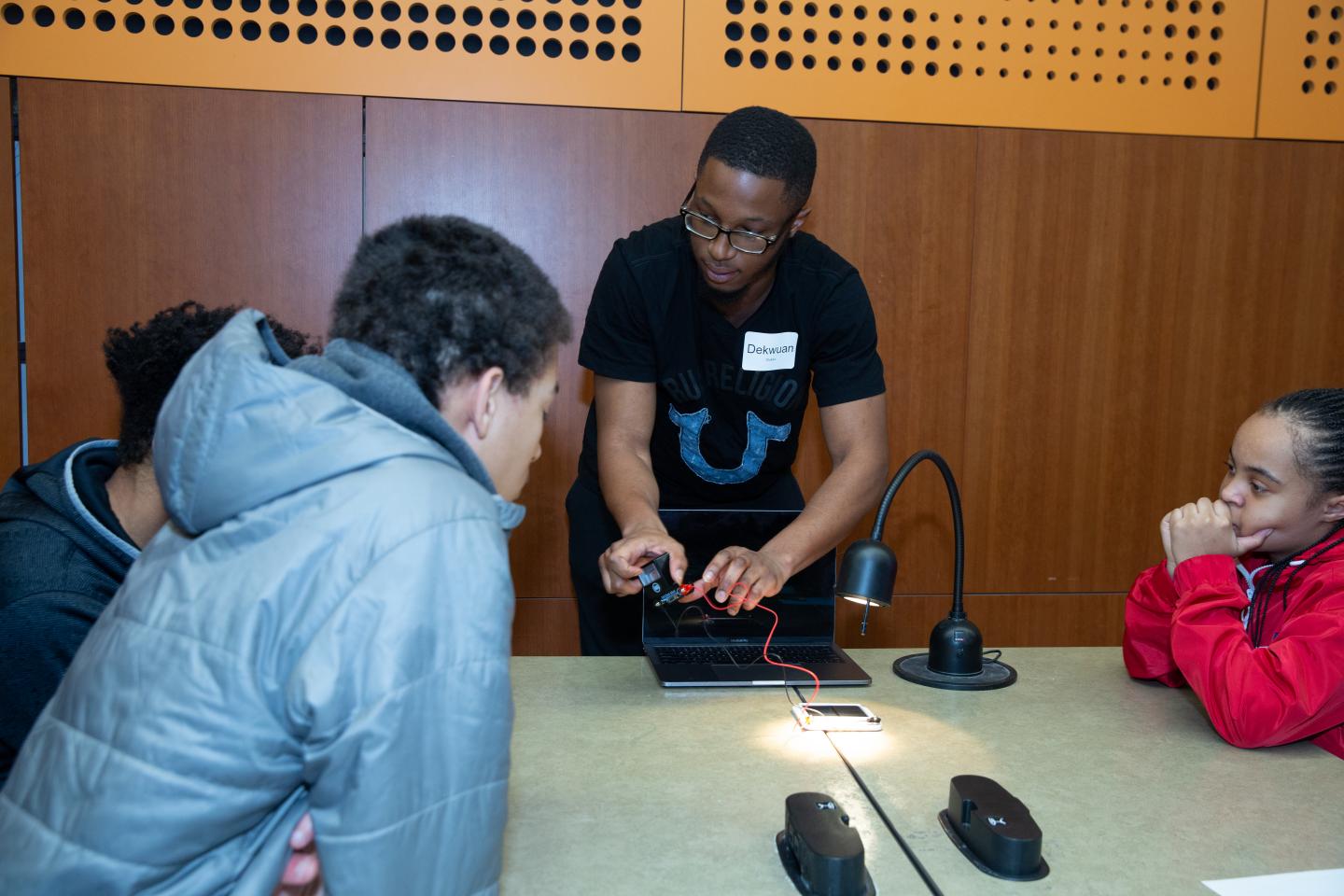 DeKwuan Stokes, a graduate student in the University of Pittsburgh, Swanson School of Engineering, mentors high school students during a 2019 Summer Enrichment session for the Swanson School of Engineering precollege program, INVESTING NOW. A research team at the University of Pittsburgh and the STEM Learning Community Ecosystem of Practice have received a 2019 NSF INCLUDES Alliance grant to create a network of precollege STEM programs and a system to recognize students’ participation in these programs in order to broaden participation in STEM majors and careers. COURTESY: John Altdorfer

The first step will target programs that are currently part of SLECoP in Pittsburgh, New York, Chicago, and the San Francisco Bay Area.

“Those programs will come together to create a vibrant, collaborative learning network designed to strengthen and leverage standards that are known to support strong student outcomes. Once standards are finalized and the first round of programs receive accreditation, the next step is to expand the effort to six additional urban areas by the end of the grant cycle,” the University of Pittsburgh says.

The announcement comes at a pivotal time for STEM. In July, Randstad released a survey  indicating a growing number of employees see the value in STEM education, with 71 per cent of people worldwide saying students should focus their studies on STEM subjects.

On that same vein, a recent announcement by online retail behemoth Amazon, stating that it will invest US$700 million to retrain 100,000 employees — about a third of its workforce — with STEM-based skills suggests the future of all jobs could be centred around STEM.

Here’s how scientists can benefit from arts training

July 3 is CROWN Day: Here’s what that means

SciComm tips you can use

Should citizen scientists be included as authors in academic papers?